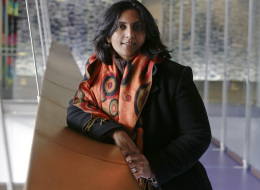 Socialist Kshama Sawant will be on the next Seattle City Council.
Longtime Seattle City Council member Richard Conlin conceded to challenger Sawant Friday evening, after new election numbers showed her ever-widening lead of 1,640 votes in the race for Position 2.
“It has been a privilege to be your representative and I am proud of what we have done together,” Conlin said Friday after the election numbers were released.
Sawant sat down with KING 5 News on Friday. She admits she isn't entirely accustomed to the political spotlight.
"I didn't set out to do this. I wasn't thinking about holding an elective office. I just wanted to be an activist," Sawant said.
Watch: Extended interview with Kshama Sawant
Sawant, 41, grew up in Mumbai, India. She says she realized early on she was a socialist who hated the Indian caste system she grew up in.
"I never bought into it. I was completely and I remain completely against the caste system," she said.
Sawant came to America for a graduate degree in economics and moved to Seattle three years ago to become an economics teacher at Seattle Central Community College. She was also part of the Occupy Movement. Just three years ago she became an American citizen.
"And having me on the City Council as an immigrant woman of color with an Indian accent, I think that, I hope, will inspire other people," she said.
She believes that alone she won't change City Council, but she'll be part of a movement to bring change.
"There's a real unrest in the American population for change and things are going to change more  rapidly in the coming years," Sawant added.
In the coming months, Sawant will check in as the first socialist council member in recent Seattle history.

How inspirational... and utopian. Having a "woman of color with an Indian accent" and unspecified socialist convictions on a city council is a sure step toward the demise of the capitalist system. I can scarcely imagine something more uplifting than a woman of color representing me in a bourgeois institution. It would be unthinkable to actually engage the American working class rather than white hipster liberals who find this progressive. Also, fuck Revleft. Most of all, fuck Revleft.
_________________
"Let us finally imagine, for a change, an association of free men, working with the means of production held in common."

Here is another — arguably, more significant — example of this phenomenon elsewhere in the world: 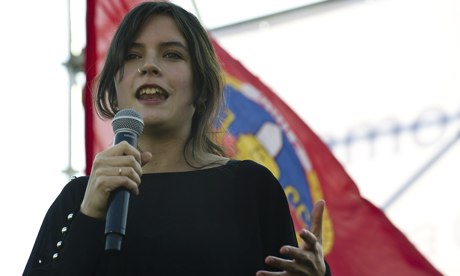 Chilean student leader Camila Vallejo elected to Congress
The quote at the end of the article sums up my thoughts on the matter:

Their ascension to power, however, is not likely to keep protests from spilling on to the streets next year as some of the new generation of student leaders see them as sellouts.

"I wouldn't vote for Giorgio Jackson … for Camila Vallejo neither," said Melissa Sepulveda, the new head of the Universidad de Chile's student body, a position once held by Vallejo. "The possibility for change isn't in Congress."

I find the whole notion of political engagement with the bourgeois democratic system to not only be futile, but wholly counterproductive. It's not simply an issue of the political establishment being structurally incapable of implementing revolutionary change. The fact of the matter is that the very left-wing parties that find themselves entrenched in the bourgeois political system often end up being perceived — by the working class — as part of the problem. This perception ultimately serves the interests of the movements that exist outside of the orbit of the political system. That is why we now see fascist parties (e.g., Golden Dawn in Greece) and centrist populist movements (e.g., the Five Star Movement in Italy) gaining meaningful traction amongst significant portions of the working class.
_________________
De Omnibus Dubitandum
"The slave frees himself when, of all the relations of private property, he abolishes only the relation of slavery and thereby becomes a proletarian; the proletarian can free himself only by abolishing private property in general."
-Friedrich Engels

Revleft User wrote:A socialist opposition figure in a city council, how horrible! She hasn't even done anything yet and the criticism comes piling on. As ckaihatsu said, what's important about the election is the strategy and tactics that come about as a result of the win. The city council seat does not have much power, Sawant isn't going to make miracles, she is one person on a council of bourgoeis politicians. But have we forgotten the platform elections give us? Inroads into working class neighborhoods have been made, socialist ideas have been spread and expressed politically. Does Sawant have the illusions that socialism will be brought to Seattle by voting for her? I don't think so, if you read some of her tweets she's said that if the city council doesn't adopt a $15 minimum wage soon that there would be protests of tens of thousands organized. Now this doesn't sound like someone who thinks that getting voted into office is going to change everything, that she simply went around going "vote for me and your dreams will come true". This(an oppositional force in the government) can be used to further the class struggle in ways just like that. Maybe we should see what she does with that seat before we all jump on her accusing her of being this or that though. 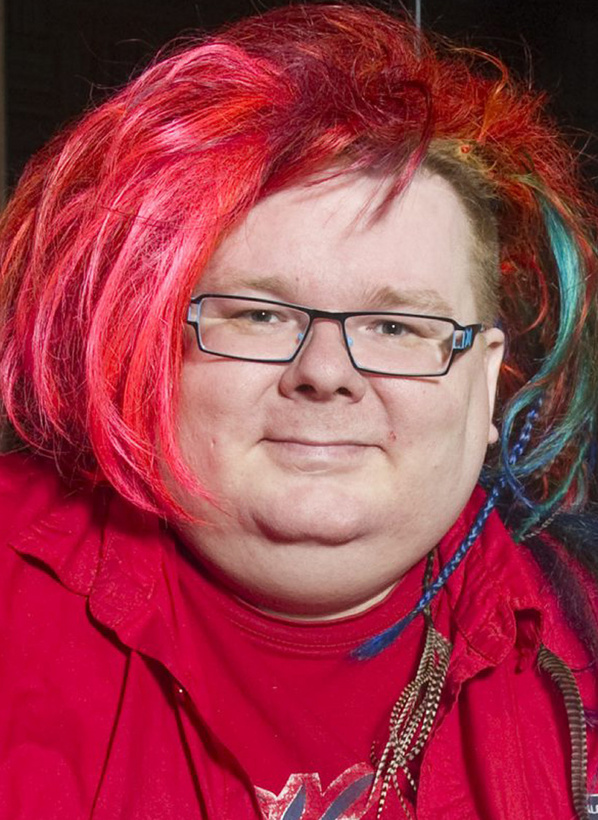 Rev Scare wrote:How inspirational... and utopian. Having a "woman of color with an Indian accent" and unspecified socialist convictions on a city council is a sure step toward the demise of the capitalist system. I can scarcely imagine something more uplifting than a woman of color representing me in a bourgeois institution. It would be unthinkable to actually engage the American working class rather than white hipster liberals who find this progressive. Also, fuck Revleft. Most of all, fuck Revleft.

Don't you know Rev? Dismantling privilege is the way of the communal future because it's based on the socialist principle of "I am too weak-minded to see beyond divisive identity politics and feel guilty as a result"!

Why is it that these white hipster upper middle class liberals do not extend their criticism of privilege to class? Or at least, they do so rarely. Sure, whenever you ask one what are the various oppressed groups and who are their oppressors, some liberal will mention the lower class and the upper class, maybe they'll even be so daring as to suggest that this kind of social stratification is related to the structure of very structure of the economy, i.e., the system of property relations upon which it is founded, by articulating that it is capitalists oppressing workers. But it is rarely a part of their daily concerns.

I do wonder how much of the liberals constant complaining about the problems of privilege comes from some kind of feeling of guilt. I heard an interesting suggestion once that much of their ideas about "privilege" are just their own response to the guilt they feel from having been imparted by society, friends, family, their own experiences, whatever, with discriminatory thoughts towards the lower class, immigrants, etc.

The most appalling of all though is how it results in such a condescending attitude toward the lower class. As if someone who's constantly faced with the fear of losing their job or having to pay insane medical bills should an emergency arise needs someone who's lived off their parent's wealth all their lives to help them join in the fight for transgendered acceptance or whatever.

"There are two novels that can transform a bookish 14-year-kld’s life: The Lord of the Rings and Atlas Shrugged. One is a childish daydream that can lead to an emotionally stunted, socially crippled adulthood in which large chunks of the day are spent inventing ways to make real life more like a fantasy novel. The other is a book about orcs."

I personally find Sawant to be an improvement over, let's say, a Democrat. But really, I wouldn't support her as a bona-fide revolutionary as some folks on Revleft would have you believe. And really, you can only go so far with a local government anyways when there's a centralized state hanging above you. And even if she was a genuine revolutionary, I would still oppose her based on obvious ideological differences.

Still, she is probably one of the more friendly and genuine reformists, and her campaign actually sort of flies in the face of the assumptions that I had a day ago, at least in a place like Seattle. This doesn't mean I give her unconditional support, but she is even popularizing concepts such as worker's self-management, even saying that workers should seize companies from their bosses. I think that is the best thing about someone like Sawant, not that she is female and has a darker skin tone than me. She doesn't do much per se, but she definitely gets the message out there.

Really, we just need an ambitious and revolutionary movement that does everything, including electoral politics. The Golden Dawn and Five Star Movement still engage in electoral politics. In fact, I think that's one reason why they have an advantage over the radical left. We don't have the willpower or guts to engage into the electoral race, and so we just sit around waiting for a messianic revolution to come to us. In reality, we need to be active constantly and everywhere. We should be protesting, striking, rallying, and campaigning constantly. We shall be marching through the streets, assembling in mass rallies, struggling in the workplace, and voting in the polls. Any and all tactics and strategies should be used on our disposal. That is how we should get ourselves out of obscurity. 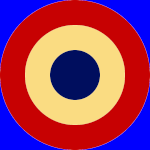 Emma Goldman once said "If voting actually changed anything, they`d make it illegal" and I agree with her on this point. The corporate elites control both major parties.One is slightly more liberal than the other but the degree of liberalism of the Democratic Party is often exaggerated within the mainstream media. When Bill O` Reilly calls liberals 'far-left', the absurdity of this claim is plainly obvious. Most liberals in this country are barely an inch to the left,the difference is conservatives nowadays are so far-right that even that inch appears 'far-left' to their skewed, politically illiterate perspective. Also let us not forget that the government in general is so sold out to the corporations that the two are practically a single entity at this point. I do not mean to sound cynical but true democracy cannot function within a bourgeois governmental structure. We need workers with the courage to manage their own affairs, we need worker-run markets, we need general strikes and we need abolition of rent,usury, interest,landlordism,excess taxes upon workers and most importantly we need workers strong enough to tell the government and the elites where to stuff it.