Red Aegis said I should make a separate thread with this post as a starter, even though it was posted as a response to something else:

Human history, social organization have gone from clans, to nations - and now to continents? In the sphere of production, we have gone from hunter-gatherer-clans to guilds and feudal farm-systems, to ever-growing companies. And in the religious sphere, lots of small religions have been replaced with a few big ones. This means that the systems you are a part of and is expected to care about, gets bigger.

Maybe it is wrong to put up an artificial boarder for where ones care is supposed to stop? Since the natural trend is towards even bigger monopolies and social constructions anyway? It seems like a silly rule to me. "Nono! You must only care about the coca-cola company! If you help that pepsi-dude out of the lions jaws, you are so fired!" (The next year coca cola and pepsi fuses in order to survive the financial crisis, and the coca-cola man feels awfully sorry about not helping the pepsi-dude out, now that they are one merged and big happy family anyway)

This view might be considered anti-national (at least in a long term perspective) so I put it here for debate. The theoretical consequences are kind of big, not certain I believe in it my self - got a bit carried away while writing
_________________
Throughout history, it has been the inaction of those who could have acted; the indifference of those who should have known better; the silence of the voice of justice when it mattered most; that has made it possible for evil to triumph.
― Haile Selassie

it all just depends on personal preference, what you value and what is most important at the time, like the way Native Americans never referred to themselves as such until the Europeans. Whether or not people will develop to a point where the majority identify primarily as human before all national or other distinctions, only time will tell, but one thing is certain that, that can never happen alongside capitalism with the current concentration of wealth around the globe, but you could say, with the technological advances, splitting into east and west and necessity for globalisation that it has laid the framework. 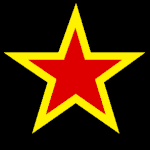 I personally don`t see how left-wing politics can be synthesized with nationalism considering the historical connections of nationalism to reactionary politics and in particular fascism.I mean you could say the Soviet Union was left-wing nationalist,I suppose,but ultimately most authoritarian societies in general are not left-wing or right-wing at least in the conventional uses of those terms.Dictators are generally political opportunists who care little for ideological purity,that is to say they`ll support any policy that conveniences them whether it`s generally considered left-wing or right-wing or centrist.This is why the traditional left-right paradigm is so flawed.Authoritarians don`t tend to fit neatly into either category.They`ll support whatever policy gives them the most power with little regard for the good of the workers.This is why I tend to oppose authoritarianism and nationalism.People are individuals,you cannot just fit them into neat little boxes and expect them to tow the party line blindly with no variances of opinion from the general consensus.That`s why I don`t believe in arbitrary borders based upon race,class and religion.